The Ebro river has been one of the most important communication routes in the Iberian Peninsula.

Iberians, Phoenicians, Romans, Muslims and later Christians used the Ebro as an axis of communication. During the medieval period the river economy was forged in the Ebro river and more and more of them appeared and other crafts related to river boating. The activity, which only ceased in occasional cases such as floods or wars, grew slowly to the beginning of the 19th century. It was then that the navigation through the Ebro River went decreasing until the end of disappearing due to the emergence of the railroad, the roads and the construction of the reservoirs of Mequinenza, Riba-Roja and Flix.

Currently the navigation has been recovered for tourism and leisure.

In Ascó, you can sail with motor boats such as canoes and kayaks (single or double) or with small motor boats that take in different specialized companies.

You can also navigate through the Ebro through the modern replica of a lute (the traditional Catalan Ebro boat that has its origins in the Muslim era), called
‘ Lo Roget ‘
, the name of an old Moorish bandit who avoided its expulsion in 1609. Tourist trips between Ascó and Pas de l’ase are being made during the periods when River navigability is permitted. 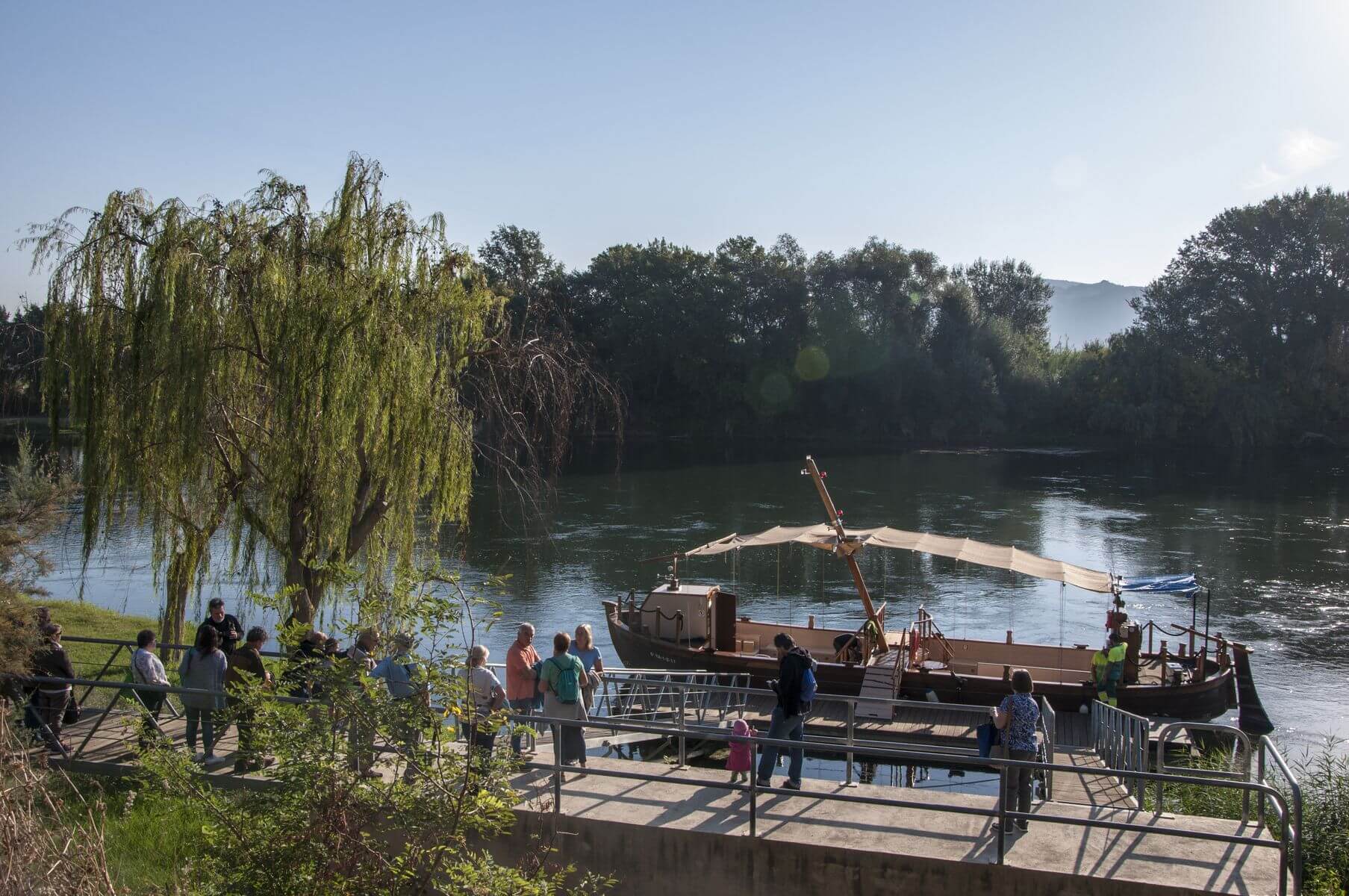